Thanks to all of our bear hunters for a great 2010 season! We look forward to seeing all of you again.

Here are a few photos and comments that our bear hunters shared with us after their Fall 2010 bear hunt. 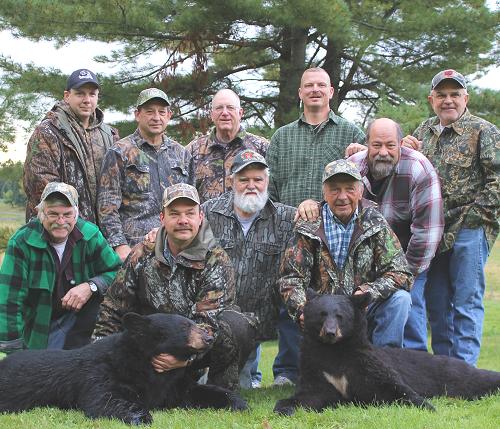 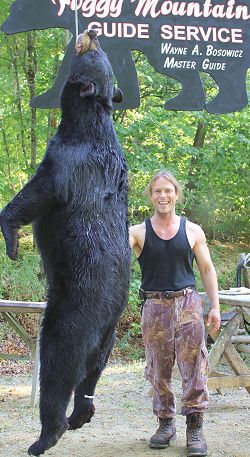 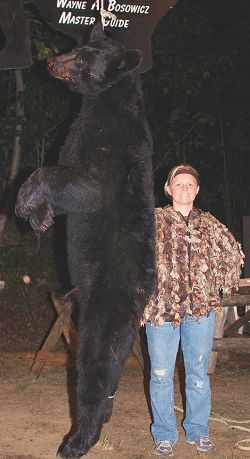 I was up for the first week of the Maine 2010 season and even with the unseasonably warm 90 degree plus temperatures, Foggy Mountains guide put me on a great bear and I was able to take a wonderful trophy. Thanks again for all the hard work and efforts, I really appreciate it, this was an outstanding hunt and I hope to be back again soon. 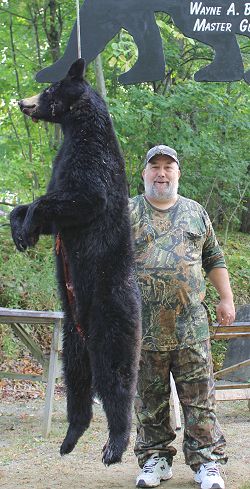 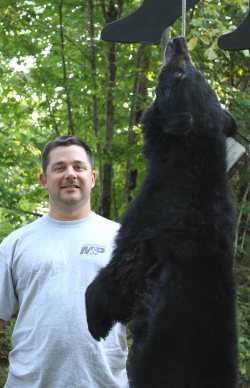 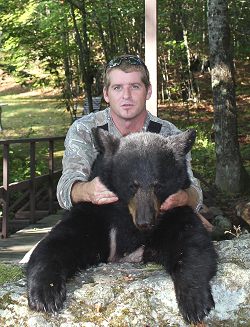 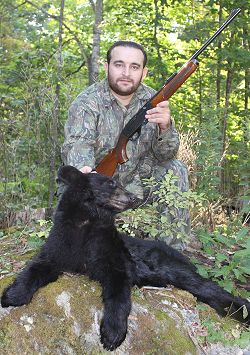 This Maine Black Bear is headed to Lebanon - Fall 2010

Thank you, your guides and the staff for a wonderful and memorable experience. Everything about the trip was great: the guides were helpful and knowledgeable; the staff was more than willing to provide great food and insure our comfort; and it was a pleasure meeting and being able to spend time talking with you. It is truly beautiful country up there and if the opportunity ever presents itself that allows me the chance to return to Maine for a fall bear hunt, you will be the first person that I call. From both my father and myself, again, thank you for all you and your staff did to make our stay enjoyable. 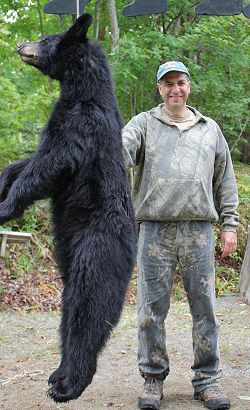 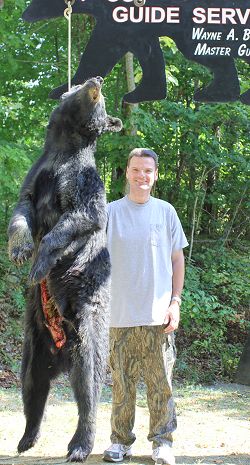 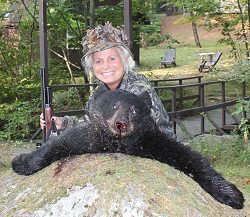 One of her many Maine Black Bear Trophies - Fall 2010 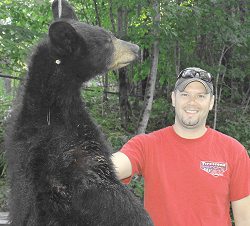 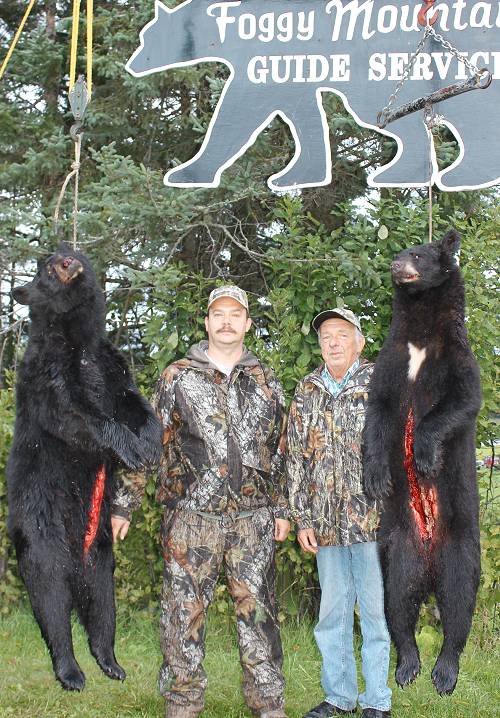 That was a real nice bear I got. I am very proud of him. You are an outstanding guide. As an obsessive hunter I pay close attention to stand placement and wind direction, and I noticed that you guys do also. Thanks again for a wonderful experience and I hope to see you again next year. 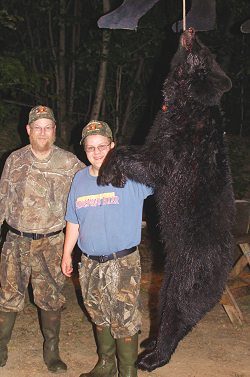 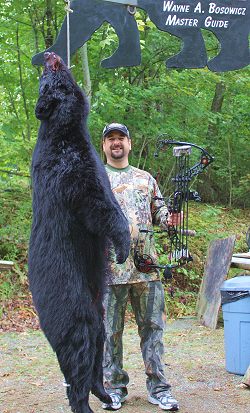 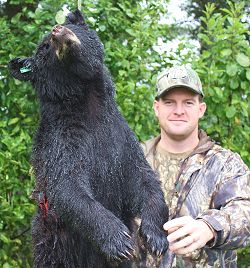 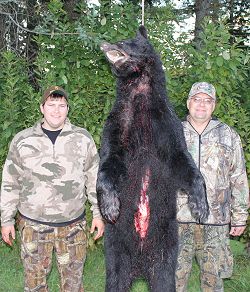 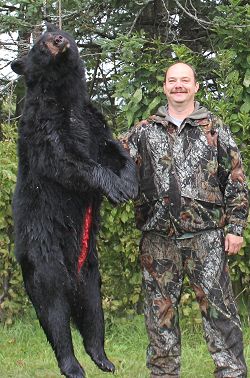 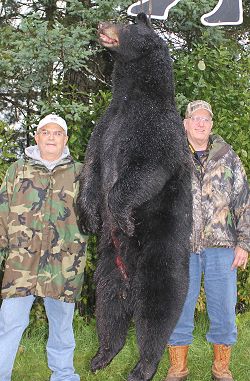 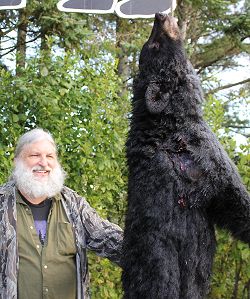 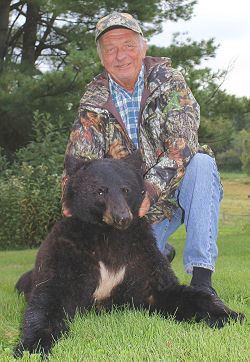 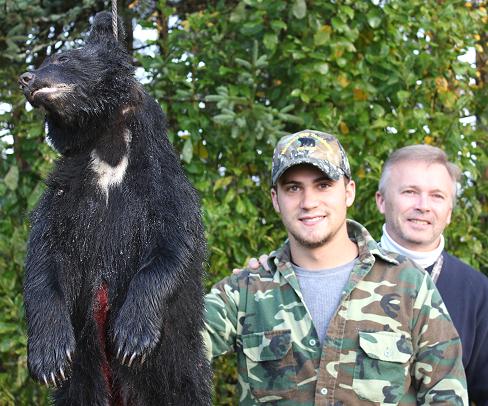 The stories that they have (and still) are sharing are wonderful! They really loved the experience and the staff. I have heard nothing but nice and positive things about the guide and the eclectic group of hunters. Rus told me how you were constantly speaking positive encouragements to our son as he struggled with having patience about getting that bear! Thank you for that. Michael really admires you and has commented several times of your dedication to everyones needs.Thanks for making the experience of a father/son hunting experience a blessing to both Rus and Mikey. 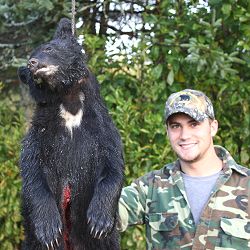 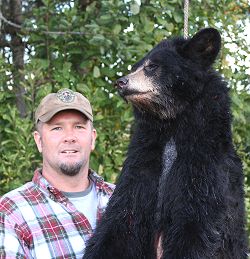 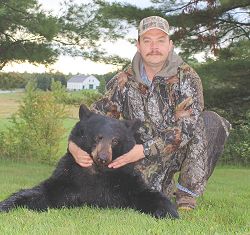