Thanks to all of our bear hunters for a great 2015 season! We look forward to seeing all of you again.

Here are a few photos and comments that our bear hunters shared with us after their Fall 2015 bear hunt.

Thank you for the incredible job you did to make my recent archery bear hunt in Maine's West Branch an awesome success. I've been fortunate enough to hunt many parts of the world, and I rarely meet someone as capable as your guide. It's often difficult to find a professional hunter who knows what it takes to make a good bow hunt - he knows. I look forward to returning to hunt with him again. 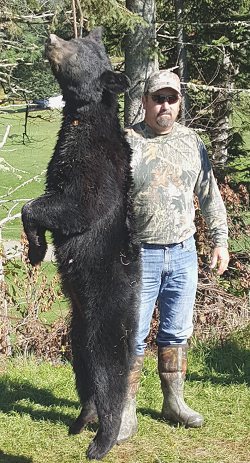 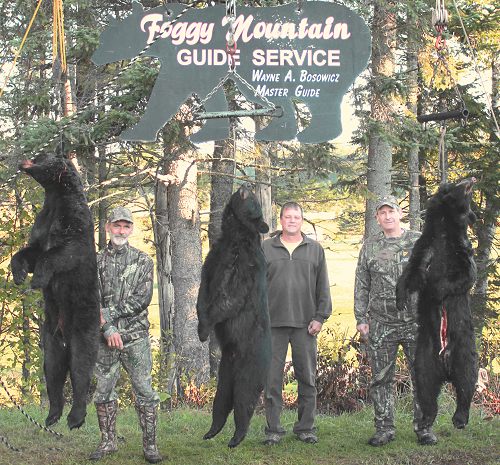 Wanted to follow up and thank you and your team for a great experience a few weeks ago. I got my bear on the second day and it was an experience of a lifetime. Thanks again!

Thanks for a great visit and a great hunt the first week of the season. I really enjoyed the trip and experience. I appreciated the opportunity and experience of the hunt as much as the chance to harvest a bear. We were both fortunate enough to take a nice bear which made it even more meaningful. Your guide did an excellent job! He was easy to hunt with and was more than willing to share his knowledge of bear hunting and the area we were hunting. The hospitality and accommodations were fantastic. Would hope that if I ever have the opportunity to hunt in Maine again that I will be able to hunt with Foggy Mountain. 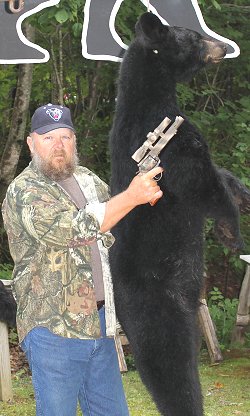 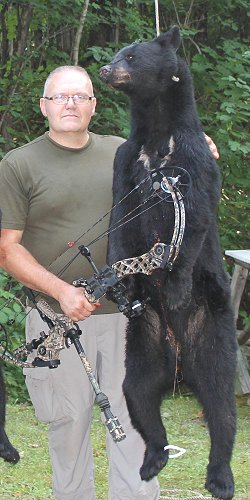 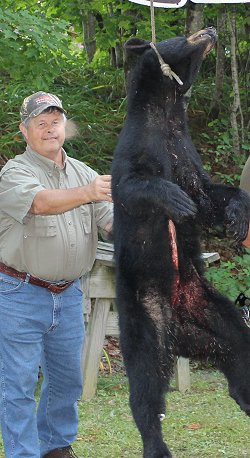 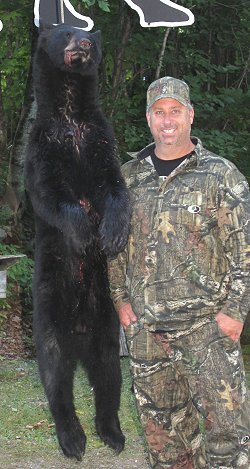 I'd like to say what a wonderful time I and the other three hunters in my hunting party had while hunting with your guides! Everyone was willing to do everything possible to make our hunt a success. Thank you again for a fabulous hunting adventure and I look forward to hunting with you in the future!

My wife and I just finished a hunt with your service. We did not get a bear but we had a great time. Our guide was great. He has a great personality and seemed very knowledgeable. My wife and I hope to be back again next year for another try. 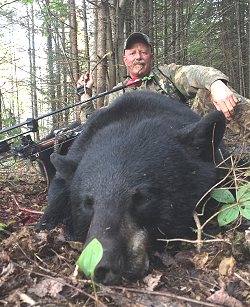 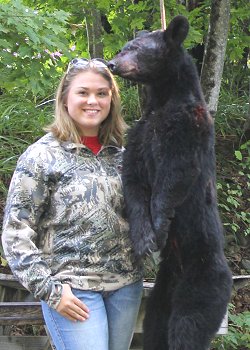 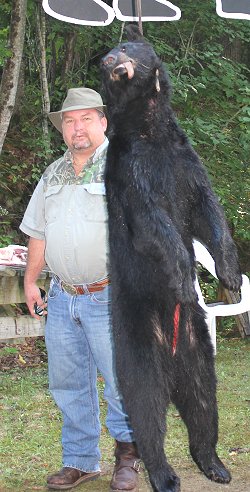 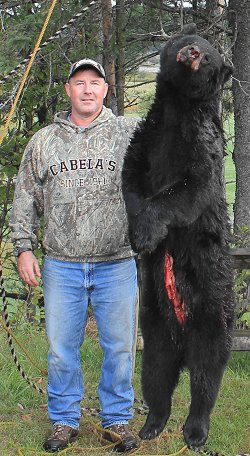 Jack, Ryan and I had the best time ever coming up to and hunting with everyone. Ryan didn't get a bear, but there were a two close encounters with the bear coming up behind them, while in their blind. Our guide was so nice and helpful, and tried everything possible to get them one. I think he was a little worried how Ryan would feel if he didn't get a bear, only just turning 12 up there. There was no worry about that, Ryan has been hunting with his Pap (Jack) since he was 5 and he knows, it's the hunt and not the kill. We will definitely be up there next year, same time.

I wanted to thank you again for a great time at bear camp. Other than being sick and making a bad shot, I had a great time. I got to see everything I hoped for. Had my chance at the bear of my dreams and saw a beat come in from a ladder stand. Two very high things on my bucket list. I'm already starting to save up to make the trip back up next year. 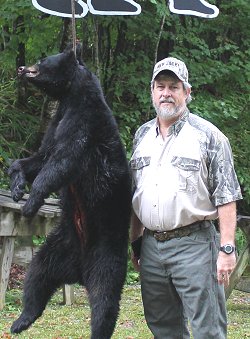 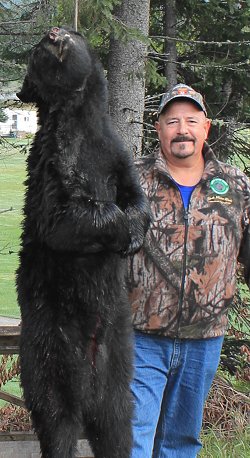 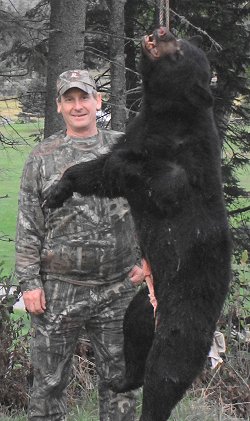 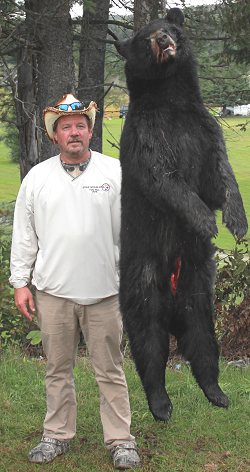