Thanks to all of our bear hunters for a great 2012 season! We look forward to seeing all of you again.

Here are a few photos and comments that our bear hunters shared with us after their Fall 2012 bear hunt. 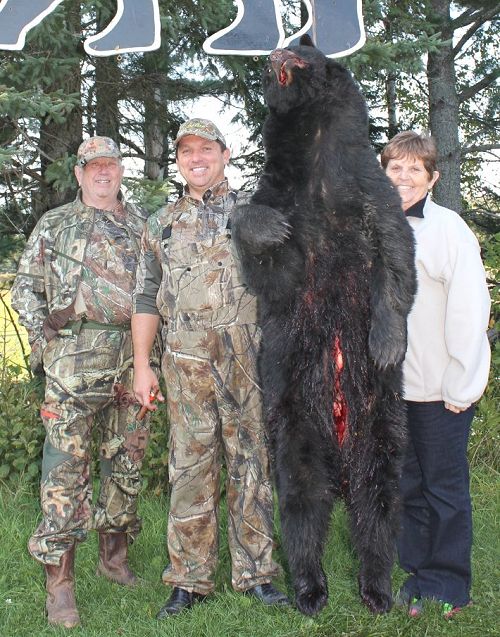 Thank you for such a great magnificent time. I'm going to remember this for the rest of my life. You're a great man and I've enjoyed my time you and your team. 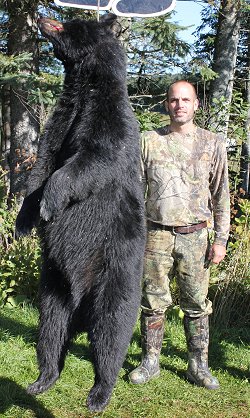 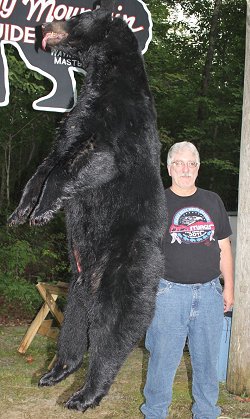 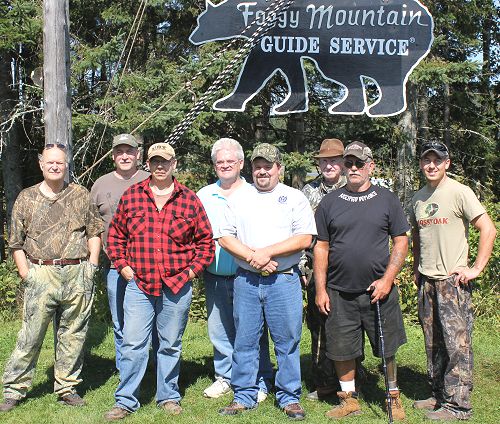 I would like to thank you and your entire staff for a fantastic hunt. You sir, have everything covered when it comes to bear hunting. A couple of things that really stood out for me were 1) The way that you led your team the entire week; and 2) my guide recognizing that my original stand was not producing and asking me if I would like to move to another site. Not many guides would straight out offer this unless the customer was demanding, but not my guide, he realized that the bait was not producing and moved me right away.

I enjoyed every day in that cabin. I really enjoyed the hunt and everything we did. I would like to come up again sometime. We all had a blast. Thanks for everything you did for us. 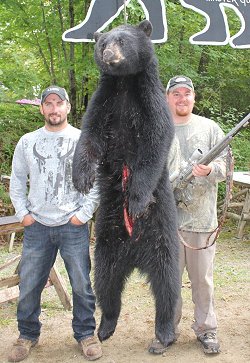 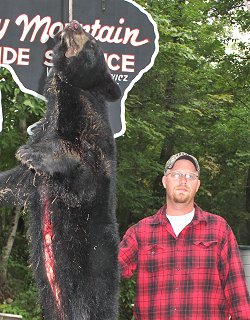 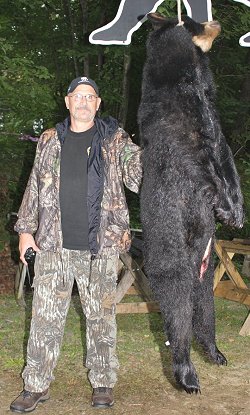 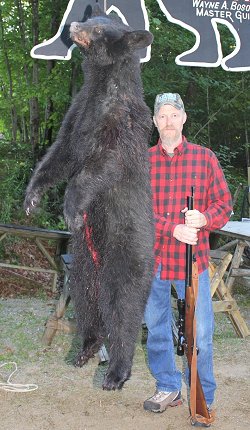 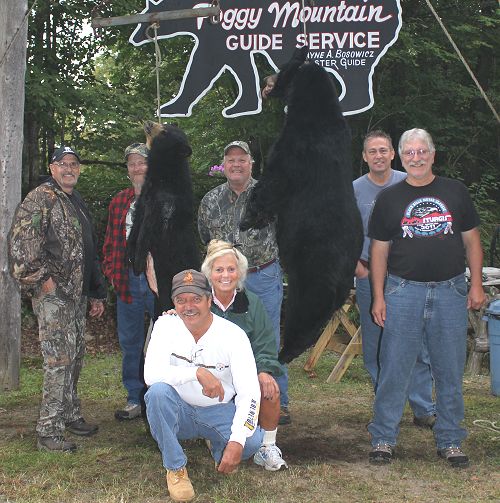 Thank you for the awesome hunt. I am extremely happy with my first bear. I can't wait to come back and do it again. The cabin that you put my wife and I in was very nice. As you know, my wife is particular on where she stays and it was above even her standards. This has been one of the best hunting trips I have ever been on, not only killing the bear but catching smallmouth in the river and seeing all the additional wildlife was amazing. I can't thank you enough. 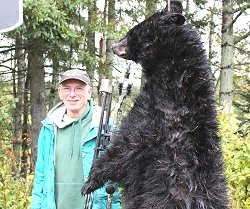 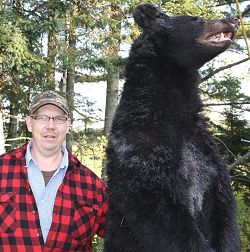 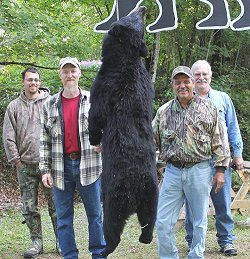 A special thanks to you and your crew for making our bear hunt & vacation very memorable. Judy & I enjoyed you and your lovely wife's company very much. I can promise 'we'll be back'.

Had a great time. Thanks again. 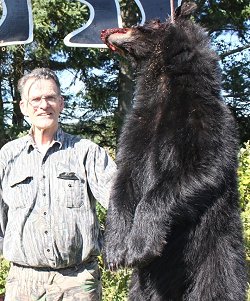 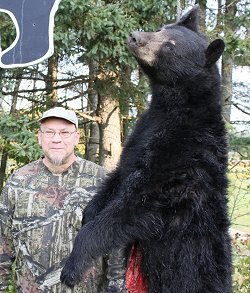 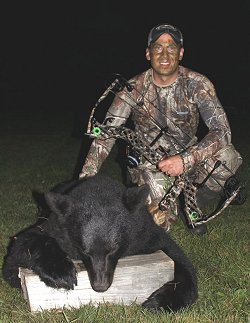 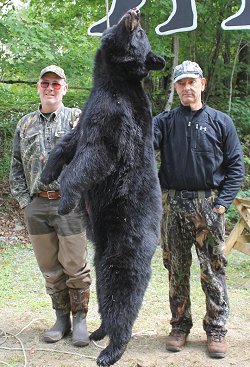 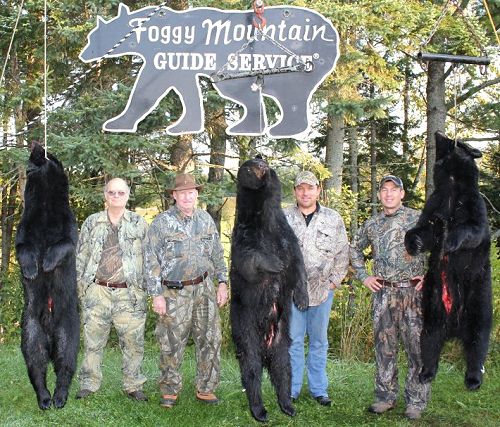 My trip could only have been better with a bear. I had to leave because of work commitments. I appreciated the guide's help and advice. Let me know dates as I have to put in for vacation a year in advance. Again thanks.

Thank you very much for the wonderful stay we had. We had an awesome week with good food, dedicated guides and interesting folks to talk to. 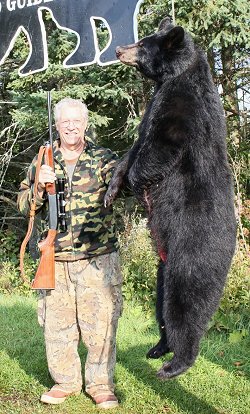 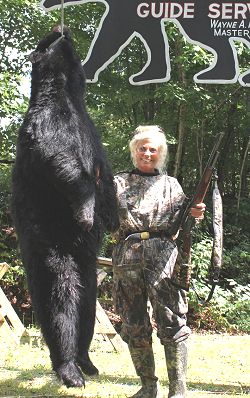 We are telling all of our hunting friends, 'If you want to have a truly enjoyable bear hunt with a guide that knows bear, go see Wayne at Foggy Mountain.'

I still think back to my hunt with you and the enjoyment it brought. Tell our guide 'Hi'" – he did a great job and made the hunt very enjoyable. 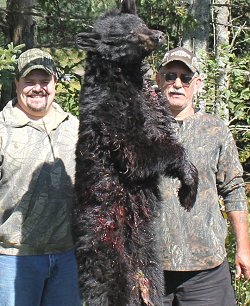 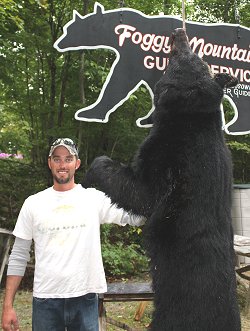 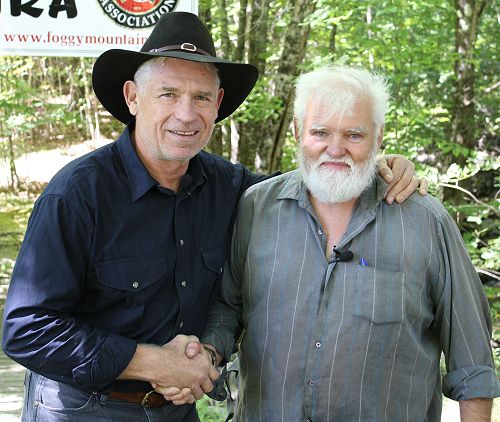